Getting Hi on Antennas Direct … VHF-Hi, that is.


As we wrote in previous reviews of their products, Antennas Direct is making itself out to be one of the more innovative and reputable antennas brands in North America since the DTV rebirth of the late 2000’s. Its antennas have shown great punch for their size – but mostly in the UHF range of TV frequencies (channels 14 and up).


With many areas still being services by VHF-Hi signals (channels 7 to 13) Antennas Direct created the VHF dipole kit for its popular Clearstream 2 antenna a few years ago. We showed that with a little ingenuity, it was possible to adapt this kit to other models.
However there’s good news on the horizon for people that don’t feel like channeling their inner MacGyver in order to boost the VHF properties of the already awesome UHF-hungry AD products. Earlier this year, Antennas Direct launched a new universal dipole kit that can work on most new and existing models, from the indoor Micron to the recent DB4e antenna. Here’s the scoop on this new product:


Output: One VHF/UHF OUT F-type connector (cable coax) on the antenna for RG-59 or RG-6 cable


Cons: Universal installation (directly on mast) seems somewhat suspect as it only relies on ty-wraps for mounting, Micron series installation appears to be somewhat clumsy as an end product.

Build Quality
The kit comes well packaged in a box and includes clear instructions with all the necessary pictorials.

The plastic used in the housing is of good quality and the clips are robust and properly reinforced. The dipoles themselves are of a fairly sturdy diameter and everything seems well fitted and manufactured. The coax cable included is of high quality and properly terminated with a well-fitting rubber weatherproofing boot. 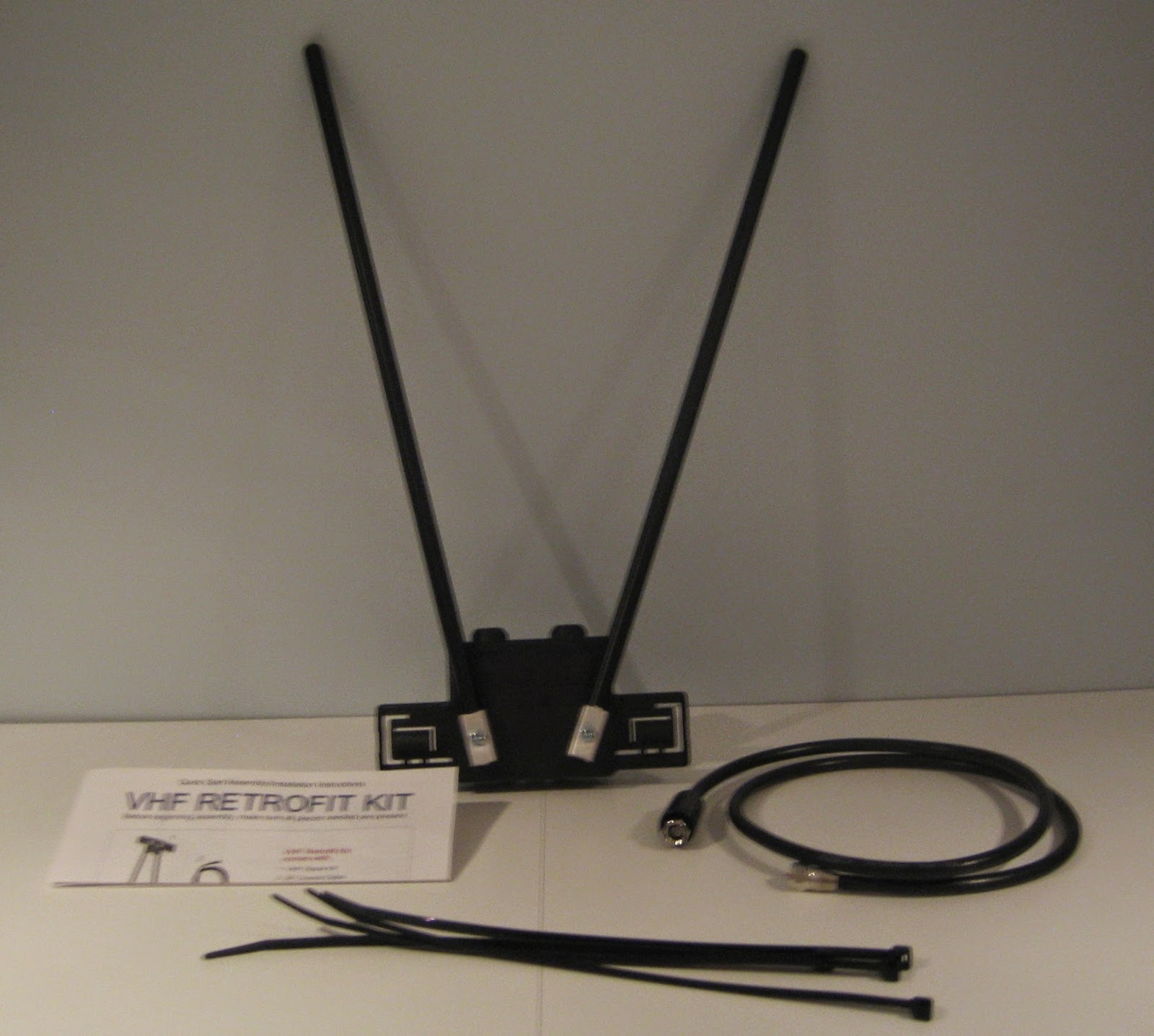 What’s also nice is unlike the VHF kit for the Clearstream 2, the VHF/UHF joiner of this kit is enclosed inside a well-sealed plastic casing. This means there are less connections exposed to the elements in the long run.


Overall, the entire kit gives the impression that it will survive for many years of outdoor use. There are no suspect areas.


The dipole kit is very easy to assemble – simply flip out the dipoles and they securely snap into place. The dipoles can be retracted if so desired but a bit more force is required. We were able to do so several times without damaging any components, further confirming our confidence in the robustness of the unit. 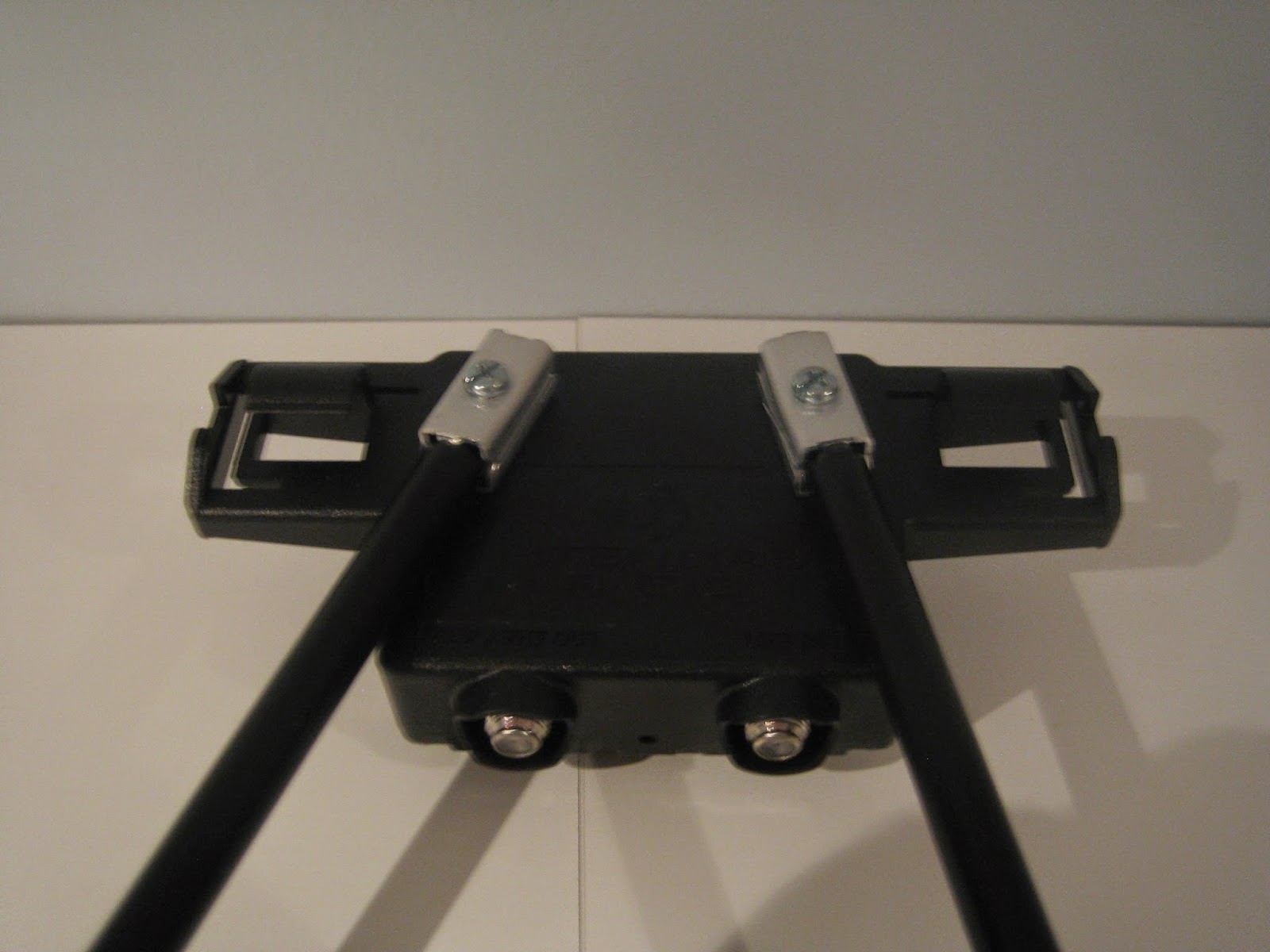 When compared in the image below to the original Clearstream 2 kit (bottom), this VHF kit (top) is more compact across dipoles (about 18cm shorter) and most importantly does not come with a reflector.


This device is a very basic and simple dipole; overall we noticed it blended in well with the larger Clearstream and DB series outdoor antennas. However, given its size (span of 80cm) it seems a bit clumsy and somewhat out of place on the ultra-compact indoor Micron series.


Installation
The installation instructions are well illustrated and easy to follow and cover various mounting conditions.


For the Micron series, the kit screws onto the unit directly. Although we did not have a Micron antenna to test this out, we verified some of the dimensions of the Micron and this seems like a somewhat clumsy addition; especially considering the nicely-compact Micron is used indoors which usually means up on a shelf somewhere. How well would adding 32” dipole to a 10” wide cube work in a restricted shelf area and still allow for easy rotation and adjustment? Hard to tell. UPDATE: On the Micron series, this kit is no longer recommended, see addendum below.


For the Clearstream series, we tested the kit out on a reflector from a CS2. The unit clipped on easily and firmly held its place with its four plastic clips. No issues with slipping or looseness which shows it was built with exacting manufacturing tolerances. 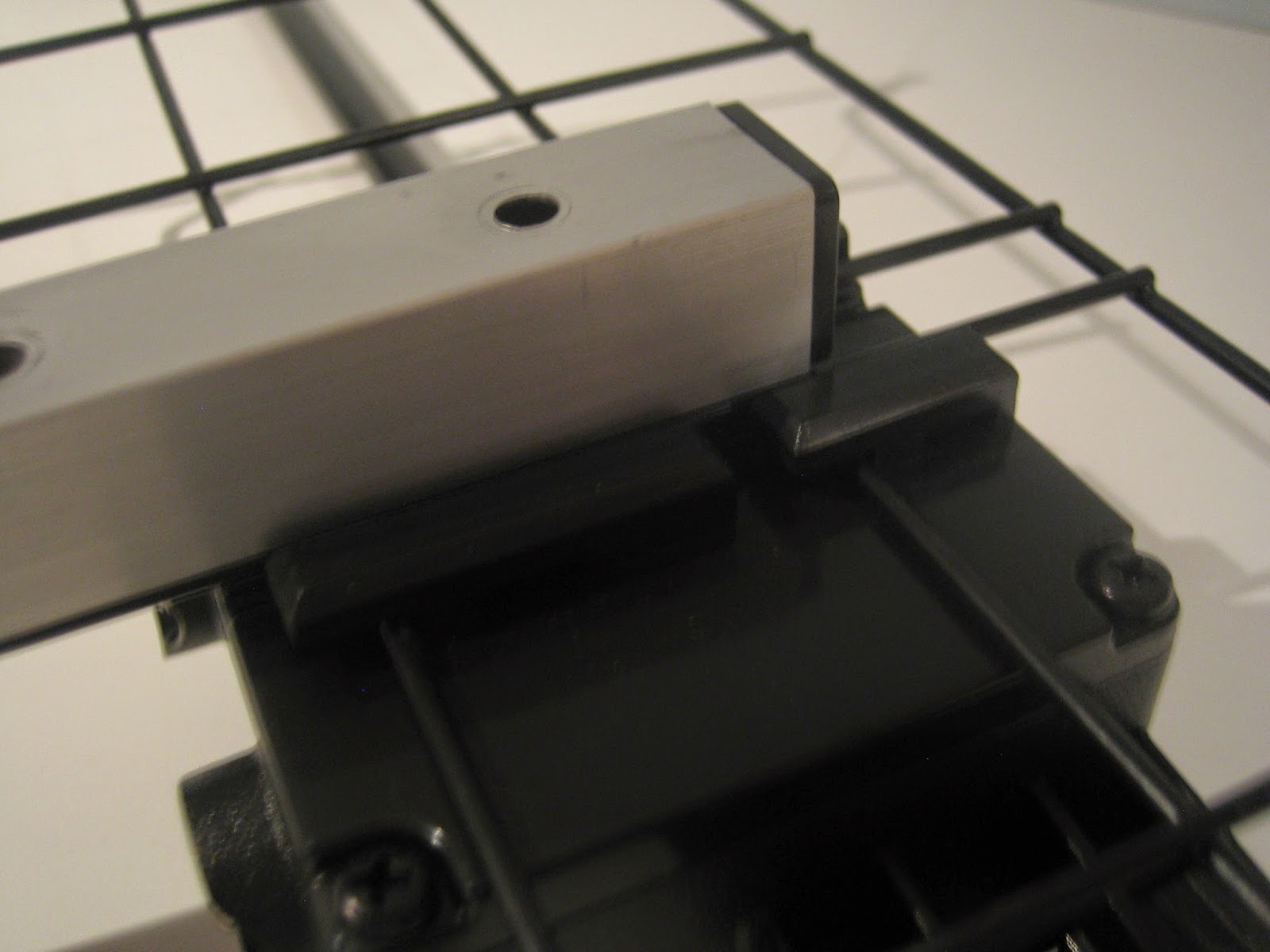 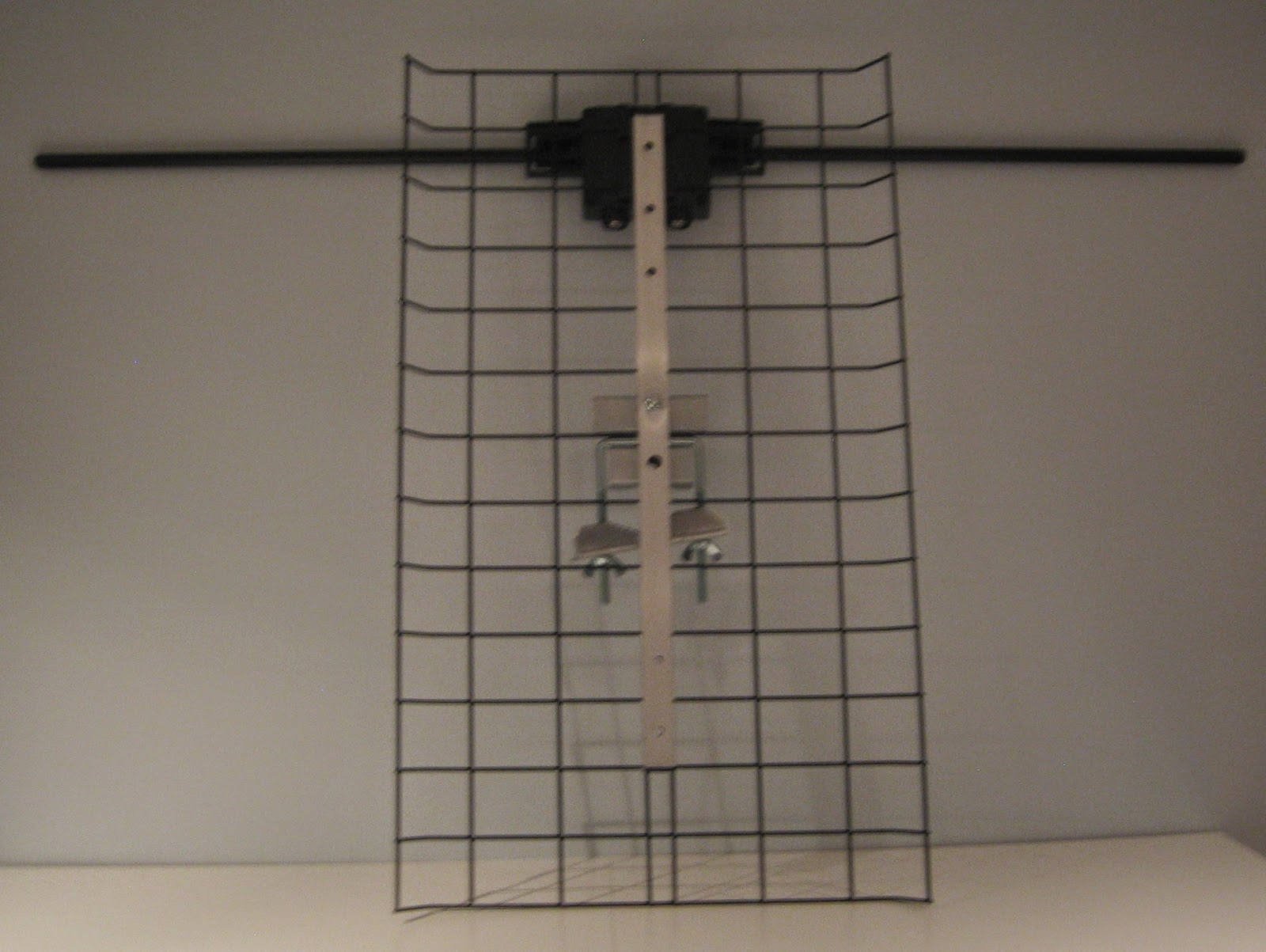 For the DB series, we tested the kit out on a DB4e antenna. The unit was just as easy to install as the CS2 and we found the best spot for it was a few rungs down from the top as this area on the reflector had the correct spacing for the clips and allowed the cables to easily reach the UHF connection on the antenna without bending too tightly. 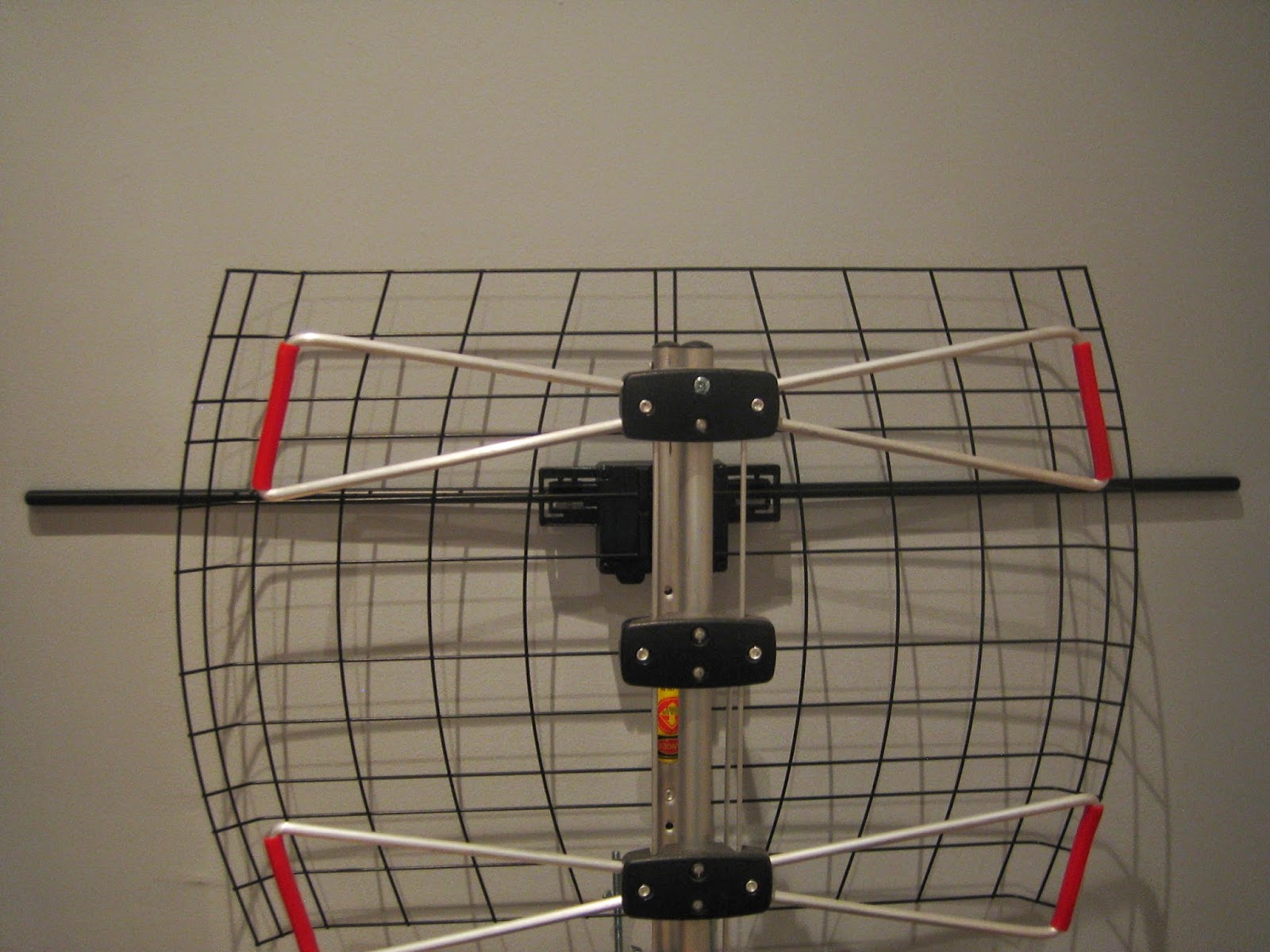 For the independent or universal mount, we did some preliminary testing but with the kit only holding on to the mast via ty-wraps we weren’t able to conclude that it would hold firm over time. In any case, the times when the dipole would be used in this fashion would be rare (for example, perhaps if the VHF station would come from a location different than the UHF ones). 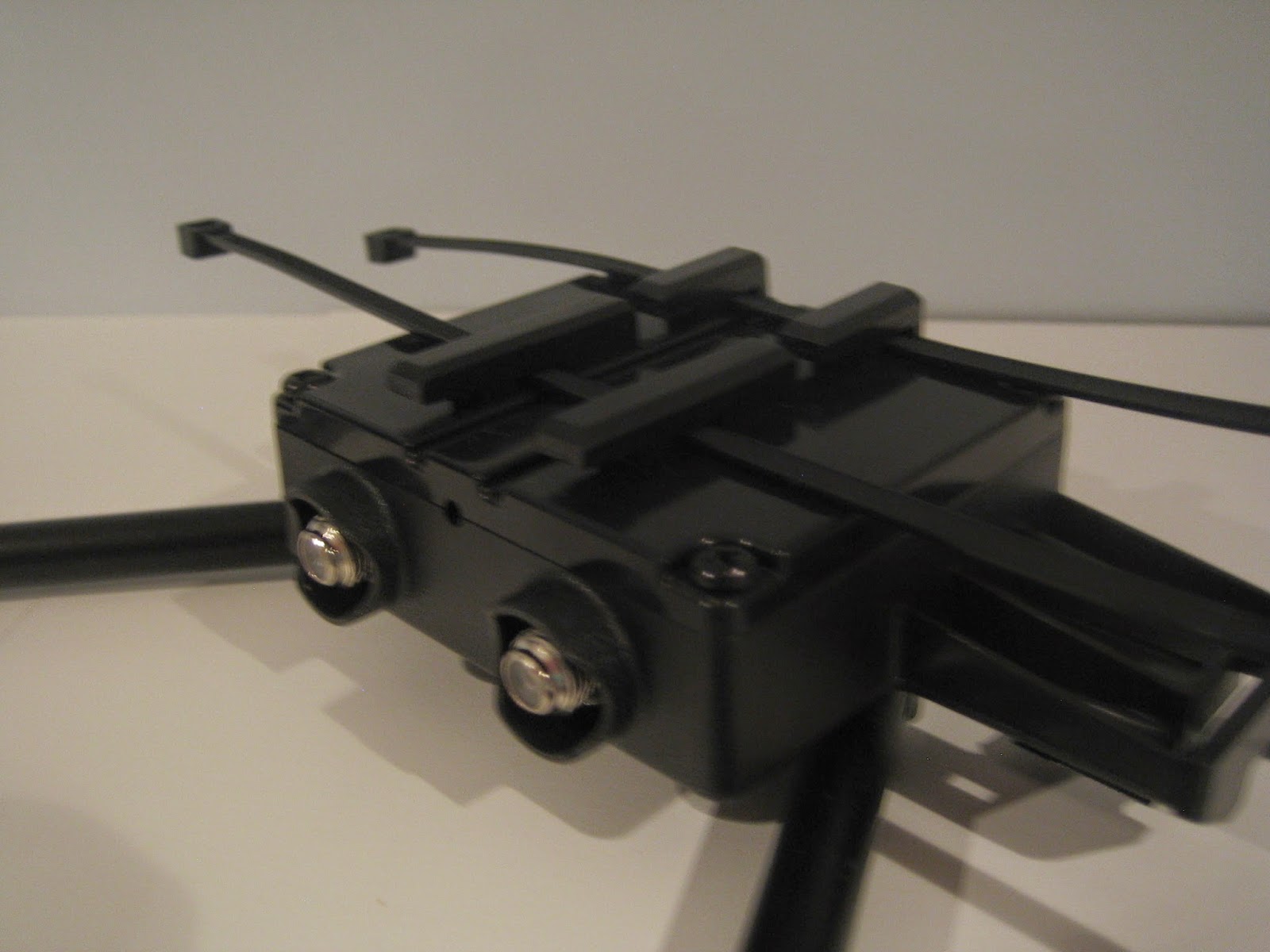 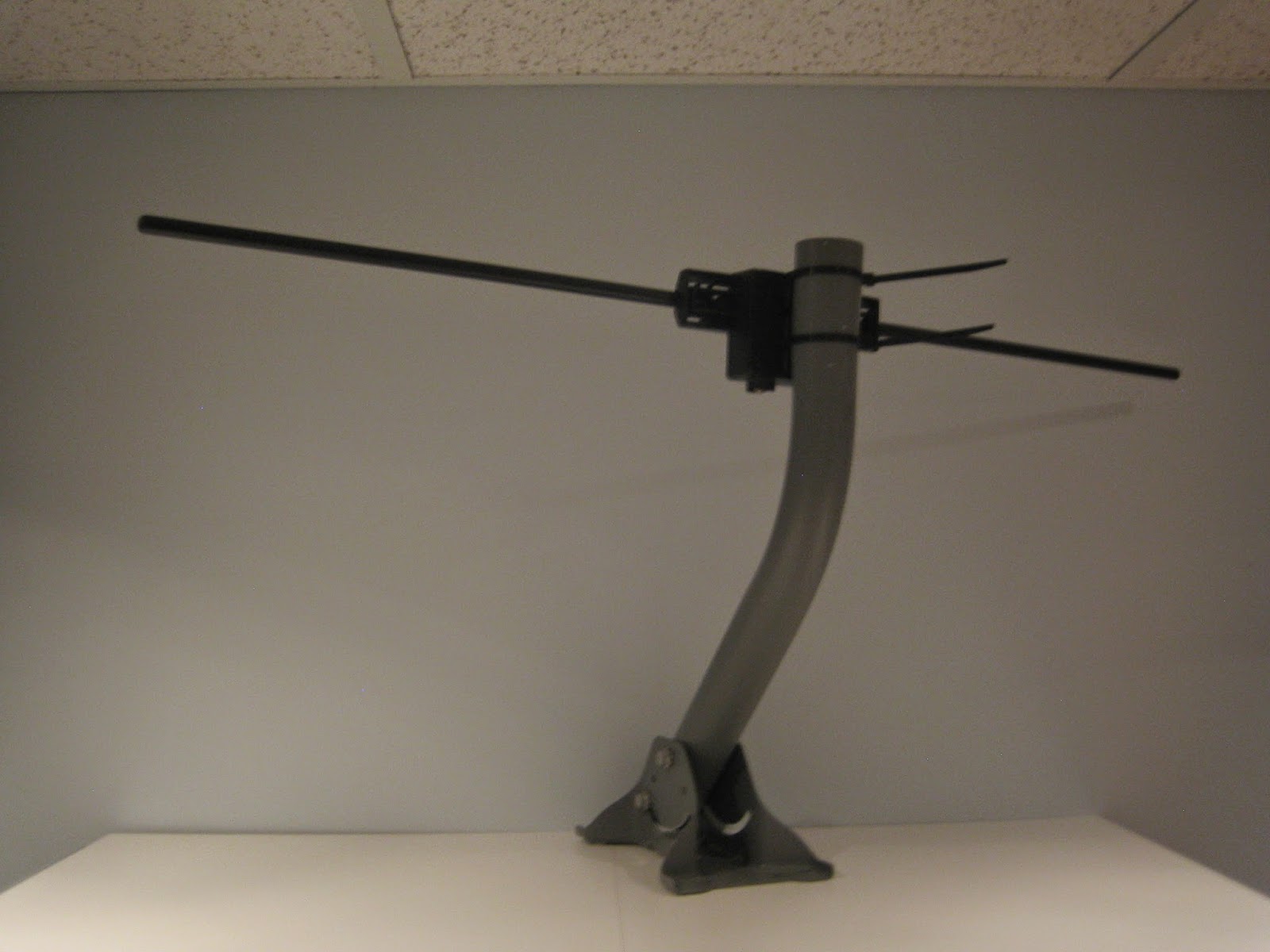 
For our test conditions, we found the dipole worked best when aimed straight on to the transmitters (i.e. signal coming in perpendicular; across the full length of the dipoles). The dipole is also able to catch weaker channels from the sides. It is not by any means multidirectional, but if your VHF signals are coming from different directions have the dipoles come across perpendicular to the weakest signal source and you should have a chance of still catching stronger signals from the sides.

Performance
This antenna is listed at about 3dB of gain for VHF and a range of 50 miles. We tested the dipole kit outdoors against a general VHF/UHF antenna for three VHF-Hi stations and as well against its Clearstream 2 VHF kit predecessor as a reference. The results are below:


In summary, the dipole worked as advertised and impressively pulled in a distant VHF-Hi station with almost the same strength as the larger aerial.  By no means can this be considered a speciality VHF antenna, but it has fulfilled its mission of breathing VHF life into these popular UHF antennas.

Prices and Where to Buy


The VHF kit can be purchased directly on the Antennas Direct website, or domestically for most Canadians from OTA superstore Save’and’Replay .


The kit currently retails for $30 CDN, which is about equivalent to the price of ordering from the US where shipping costs and the exchange rate will bump up the price tag when mailed to Canadian addresses. Unfortunately it rarely comes on promotion, but does come built-in with the price of certain “complete” antenna bundles from Antennas Direct.


Conclusion
The strength of this dipole kit is in using it to upgrade the Clearstream and DB antennas for better reception on VHF-Hi, all at a reasonable cost with minimal handiwork involved. If speciality VHF reception is required, there are other products that you should be looking at.


If we ignore the clumsy mounting on the indoor Micron series and the ty-wrap mast mounted approach, this dipole kit performs as expected and comes at a reasonable price. In the end, it’s a great and affordable little upgrade in order to get the total package from the Clearstream and DB series of antennas.


A recent update by Antennas Direct to its manufacturer specs showed that the kit is no longer recommended for use on the Micron, most likely due to the issues we pointed out above in our review. The differences between the product as tested and as currently sold are outlined below in the earlier version (left) and current version (right) snapshots of the instruction manual. 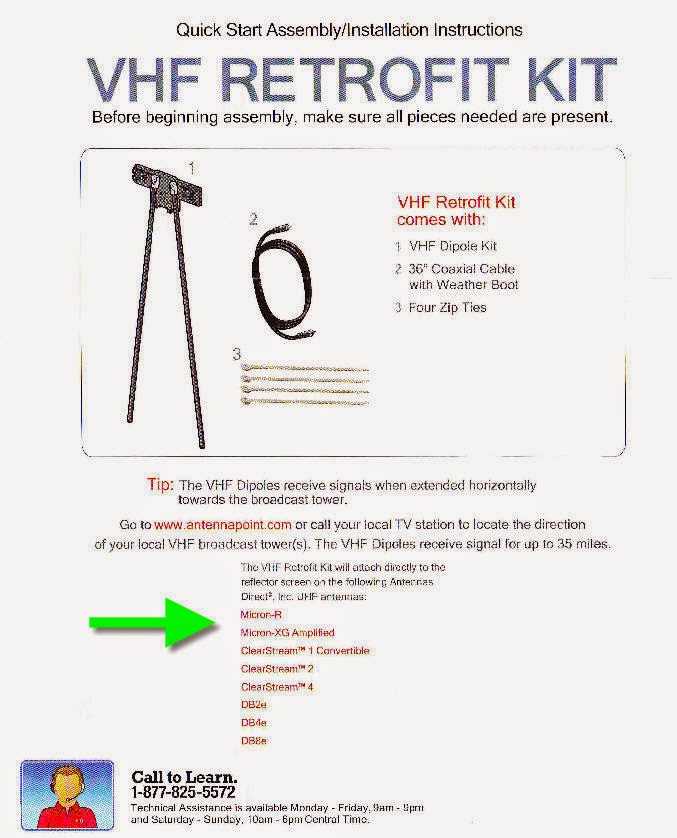 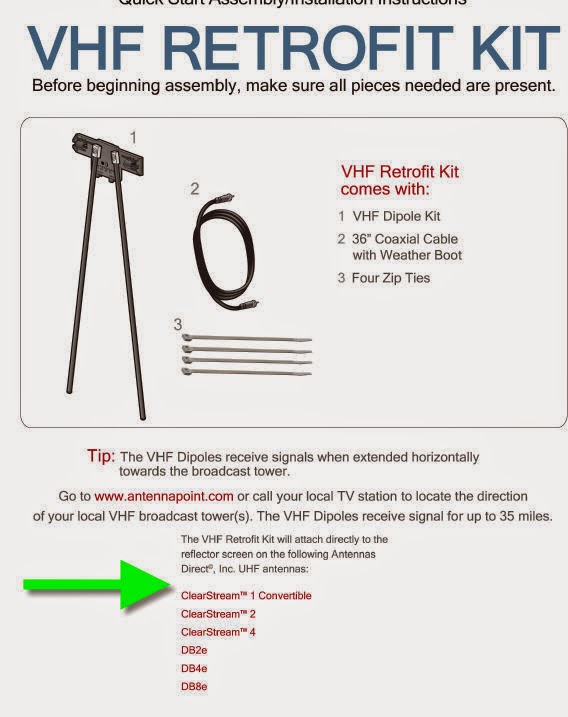 As we mentioned, this kit seems best suited for application on the Clearstream and DB series of antennas and as a result those are the applications we are recommending it for.