TVO Wants Out of Broadcasting

An editorial from your Average Joe


In a recent declaration, TVO (the public broadcaster of Ontario) seems to no longer be interested in, well,  … broadcasting … outside of Toronto. The publicly-funded organization has decided to close down eight transmitters, including the one in our nation’s capital Ottawa, leaving only it's only over-the-air broadcasting station operational in the 6ix.  What does this mean?
Well for starters, Ontarians are getting a raw deal as something that was available for free over-the-air to anyone with a TV and an antenna is now only available through a pay service (either TV or internet). So to get TVO, Ontarians outside Toronto are essentially being asked to pay a third party to provide them with something they already fund with their taxes.
The only good news here is the deal isn’t done: shutdown would be at the end of July and there is still time to intervene. In fact, here are a few reasons below on why you should pressure TVO, the Ontario government, the CRTC, consumer protection boards and anyone else who will listen to take a long hard look at this plan before it goes through and screens start going dark in ON:

First of all, where did they get the numbers?
The aforementioned article states “this decision will impact less than 1% of Ontario households” with no citation or mention on how this number was derived. Does TVO actually know how many viewers watch their programming via an antenna? For example, a 2015 report shows about 8% of Canadians do not subscribe to a TV service (cable or streaming) and Ottawa as the 7th largest TV market in Canada. I've combed whatever data I could find and could not reach this figure. Soooo TVO...  1%? Are you sure?
Also, what defines a “household” and why limit it only to that? How many cable households have secondary TVs attached to antennas on kitchen counters, kids’ playrooms? How about businesses like hair salons and waiting rooms at dentist offices? Daycares? Community centers?
Another question is whether any due diligence was done to assess the impact on the so-called “1%”? Did TVO survey or talk to any of the viewers that would be impacted? What about the elderly who aren’t technically savvy enough to use streaming internet options or those on fixed incomes that cannot afford a pay TV subscription?

The numbers just don’t add up. The 1% number is meaningless ... and faceless.

It sets a dangerous precedent for other broadcasting networks
Allowing TVO to close all but one transmitter (Toronto) and still allowing it to retain “must carry” status in cable packages has definitely raised eyebrows. If the CRTC allows this to go through (especially in a major urban area such as the Ottawa region) this could set jurisprudence that many Canadian broadcasters owned by cable / satellite parents may soon look to copy. What would prevent another broadcaster from closing all but one “symbolic” transmitter? 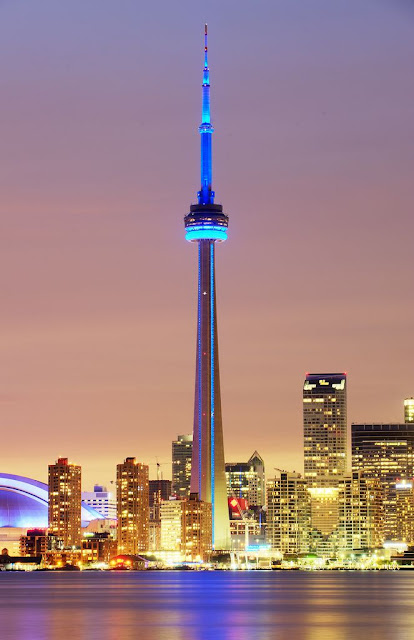 Sure TVO, it's big but I'm not sure the signal will reach the 7th largest TV market in Canada from there.


The shutdown hits the people who depend on it the most
With perhaps the exception of Ottawa, most of these transmitters serve areas like small communities and rural areas where there are actually little or few options for broadband internet. So you can understand the confusion when people see that “prevalent access to TVO’s high-quality educational video content either through … access to a broadband internet connection” is a reason for shutting down the transmitters.

Also, TV by antenna is free from recurring monthly charges and is most popular amongst people in socio-financial situations that do not allow them to pay a monthly cable bill full of service fees and equipment rental charges. The cost of cable has skyrocketed, whereas over-the-air TV programming has remained free of charge to the public.

TVO is leaving Canadians at the mercy of pay TV mega conglomerates to get their content
TVO states “TVO’s audiences overwhelmingly receive our content through cable, direct-to-home satellite … platforms”. Oh those guys. Yes, well that makes everything better.
So TVO is telling us to get their programming from the likes of corporate entities who just decided to raise prices on TV and broadband packages because ... you know ... that's life? The same companies who were mandated by the CRTC with the task of providing Canadians with a basic service at a reasonable price and instead decided to spit in the eye of the Canadian public? Well, I mean that’s when they weren’t trying to bamboozle potential customers out of picking said basic package ). So thank you TVO for leaving us in the capable, well-meaning hands of companies that garnered a thousand complaints in a six week period.

I can already hear the service rep at the Cable Co. now: “Yes sir, but if you cancel our service you won’t have access to our many channels of quality programming ... like TVO”  Oh, the irony. 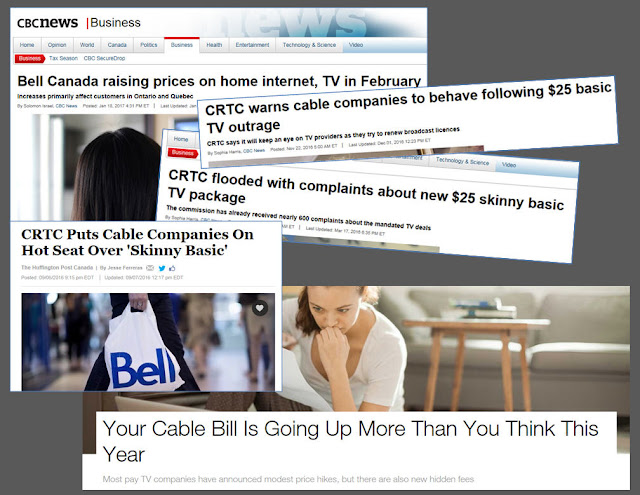 So you say we can still get TVO from our friendly, reputable cable and satellite providers? Yeah, about that ...
Were any other options explored to maintain service?
Ok, so there is a budget crunch. Fine. Besides a complete shutdown of transmitters, were other options explored by TVO? How about joining forces with the federal government and using infrastructure funding to have TVO/CBC/SRC broadcast from the same transmitter using digital multicasting to serve communities that were already shunned by CBC and now TVO?  Again, very disappointing to see this lack of effort from a public broadcaster.

Why get out of broadcasting now?
The latest trends show that over-the-air TV is making a comeback. First of all, antenna-friendly devices have popped up everywhere in new tech from Xbox to Canada’s very own uber-hip antenna-friendly DVR TabloTV (which BTW is from a Canadian innovation company based in Ottawa employing many Ontarians … and ironically is also where TVO is shutting off its transmitter). In fact, TV antenna products were all the rage at CES last month.

Second, the future is bright with the advent of ATSC 3.0, the new over-the-air broadcasting standard that will allow OTA broadcasters to reach everything from rabbit ears to mobile phones and integrate content with the very same interactive platforms TVO is mentioning in its digital shift. If anything, why not hang on a bit longer and upgrade straight to ATSC3? Opportunity: missed.


Finally, the numbers show that pay TV is past its glory days: ratings for pay-only networks are tanking, cable companies are bleeding subscribers and conversely, over-the-air TV use is rising as antenna sales surge and a new generation of Canadians leaves pay TV to fade away with the era of baby boomers. Oh and those up-and-coming millennials? Well, they love antennas as can be seen from growing social media communities and on popular reddit threads.


So what can you do?
Well, for starters you can help TVO come to its senses by writing them directly via email at asktvo@tvo.org .


If you want to add your voice to the rest of the crowd, sign this online petition to ask for due diligence from the Ontario government (who funds TVO with your tax dollars) before this decision goes through in July 2017.
If you want to put your eggs in other baskets, contact the CRTC and file a complaint under TV accessibility if you will be losing TVO’s broadcast service. Feel free to ask some of the questions mentioned above.


Finally, you can also contact the Ontario Consumer Protection Board and file a complaint … but this one is a long shot.