Man watched so much of Quebec TV chain, “TVA” logo is permanently burnt-in on screen of 4-year old plasma TV.


In this past week’s “your tax dollars at work” segment, a disgruntled Future Shop customer got the most out of the Laval (Quebec) municipal judicial system as he was awarded a $700 reimbursement for the burn-in of a channel logo on his 4-year old plasma TV.

According to this article in French-language newspaper Journal de Montreal, Daniel Cardin watched so much of the francophone TVA network on his plasma TV that the TVA logo was permanently burnt-in to the corner of the screen, especially noticeable when watching hockey on RDS (pretty much the only time he would change the channel). 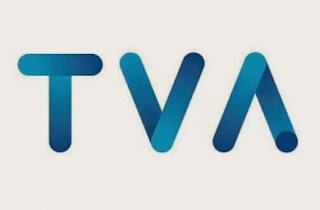 He made his case that back in 2010 when he purchased the plasma TV a Future Shop sales rep had warned him that extended periods of video game-playing would cause burn-in, yet never mentioned that burn-in could happen from the background logos on conventional TV channels. Based on this information and the fact that Denis was not a video game player, he figured that the $1500 plasma TV would be a good choice, and even bought the $480 extended warranty. When the burn-in reached an intolerable level, he complained but Future Shop refused to honour the warranty so Denis took them to small claims court.
The judge stated the sales rep should have shared this important information with Denis at the time of the purchase and ruled in his favour. However, since the risk of burn-in from watching the same channel was clearly specified in the TV manufacturer’s owner manual the judge ordered Future Shop to only pay a portion of the original value ($700).

Social media was ablaze following news of the court ruling. But what does this ruling really mean for the everyday electronics consumer who has ever felt duped by a sales pitch? It's hard to say.

The latest technology shift means the window is closing on screen burn-in as an issue anyways: with a combination of declining plasma TV sales and the last major plasma TV producer ending production, any jurisprudence this case may have created will likely be obsolete in a few years.  As for feeling ripped off by a sales pitch, the burden of proof will be on the plaintiff and even then a full refund will be hard to obtain.


To conclude with Denis, while $700 might fall short in getting him a new TV of the same size, my two cents is perhaps TVA should pony up the rest of the cash to get their best audience member back in front of the screen. Perhaps a nice new LED TV?