2013 was a big year for Canadian consumers in the area of cordcutting and over-the-air TV. Let’s take moment to look back on some of the highlights:


New antenna hardware options:
Whoever thought the market for over-the-air broadcast TV in Canada was coming to a sudden demise was definitely proven wrong in 2013.


With Canadian Pay TV prices skyrocketing faster than food,shelter and phone costs in 2013 a greater number of Canadians joined their neighbours to the south and looked at online streaming + over-the-air digital broadcasting as options, and it showed. Cordcutting came to Canada in record numbers, Netflix overtook HBO in subscribers and antenna sales soared in North America. 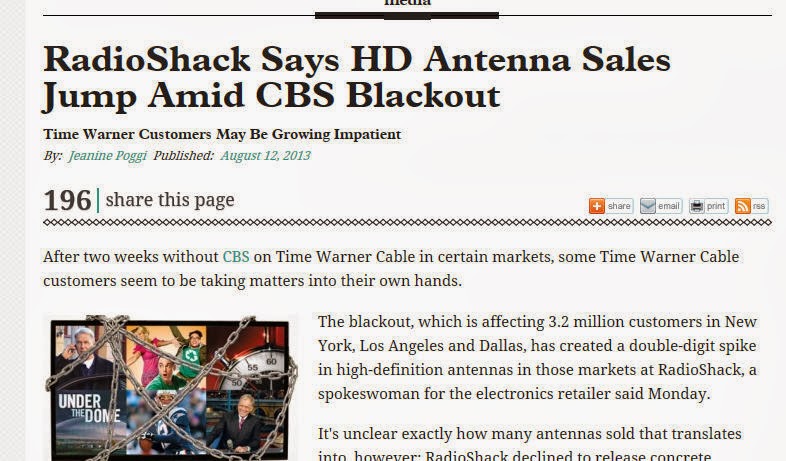 Thanks to a growing trend towards the freedom of cordcutting and disputes between pay TV providers and networks, North American consumers fed up of the high prices and shenanigans went out and bought antennas in droves this past year.

Never has there been such a flurry of activity on the antenna market, with antennas becoming more compact, powerful and also stylish. Antennas Direct brought its powerful “DBe” line onto the market, Mohu launched the Curve, Winegard packed a knockout punch in its tiny FlatWave series and Channel Master joined the mini-antenna movement with its newly redesigned SMARTenna. To add to that, newcomer HD Frequency came into the Canadian market with a bang late in the year with its duo of Cable Cutter premium antennas . 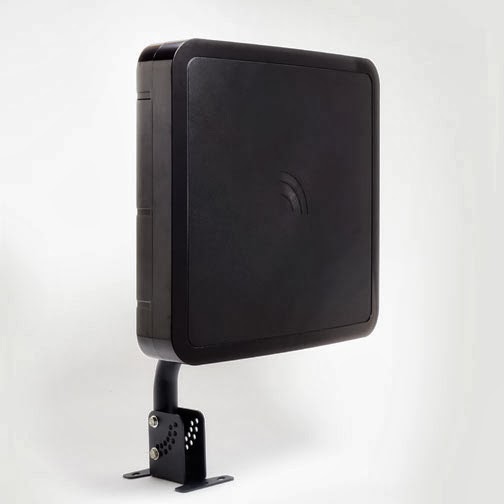 Didn't they know broadcast TV is supposed to be dying out? New affordable, powerful and compact antennas like the FlatWave AIR from Winegard popped up all over the market in 2013.


Front and Back-End DVRs
How could the OTA market be dead when PVR juggernaut Tivo included an OTA tuner in its new Roamio box? Also Channel Master finally unveiled its long-rumoured DVR+ powered by PVR-hardware development pro Echostar, which hit the market at a surprisingly competitive price point and has a guide that can work off an antenna input only if required (no need for an internet connection). 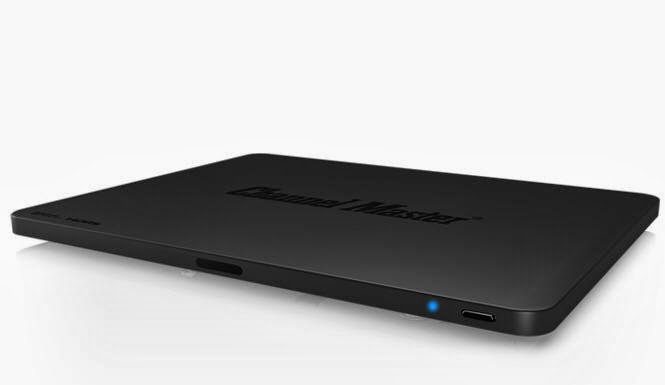 Channel Master's new DVR+ may be the OTA PVR everyone has been waiting for all along.

On the backend, several companies are targeting the growing numberof Canadian TV streamers to add programming from OTA signals to their AppleTV and Roku boxes. Canadian newcomer Nuvyyo had a fairly successful IndieGoGo campaign for its new Tablo DVR which can add up to four OTA tuners and whole home PVR capabilities to devices on a home network. US-based SiliconDust teamed up with Simple.TV to offer a similar product and also had the InstaTV Pro app finally released on iOS after a long patent dispute giving new life to its HD HomeRun OTA tuner boxes. 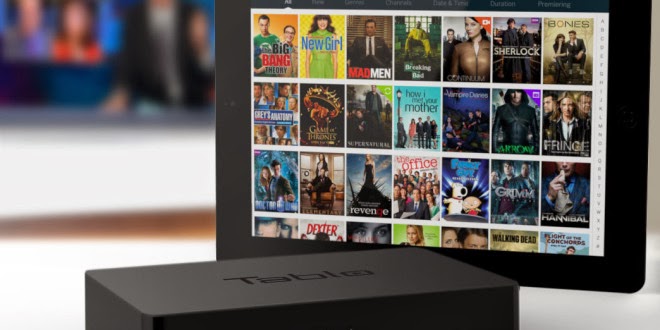 
Channel Selection
There was a lot of movement on the channel front in 2013: CHCH went digital in Hamilton, CityTV came to Montreal and Canal ICI went on-air for the first time. Subchannels also came and went with certain US border stations struggling with poor ratings on their digital subs. Newcomers to the north TuffTV and Antenna TV look to inch closer and get in more Canadian cities by actively looking for dance partners in the northern US.

Uncertainty for Sports
The biggest bombshell of the year in sports media was the signing of a record 12-year $5.2 Billion deal between the NHL and SportsNet, giving the cable TV channel owned by Rogers exclusive hockey broadcast rights in Canada until the 2025-26 season. This served a huge shock to most Canadians who were used to watching regional games on CBC via the traditional “Hockey Night in Canada” on Saturday nights. There was solace but still a lot of uncertainty as the CBC was granted two “national games” under the authority of Rogers to be aired on Saturday nights for the next four seasons. The situation will be even more complicated in Quebec where French-language and SportsNet partner TVA Sports holds the rights. 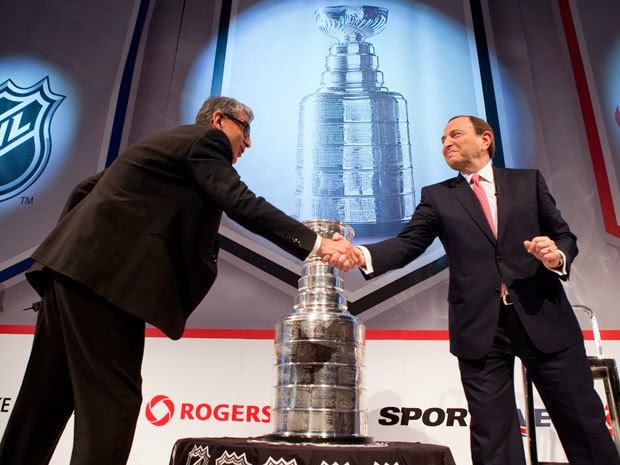 The Rogers deal changes the landscape of NHL hockey on Canadian TV for the next 12 years. Photo courtesy financialpost.com


As a silver lining for non-cable-subscribing hockey fans, a preliminary broadcast plan showed that additional OTA Saturday night hockey may be added on CityTV affiliates (and perhaps even TVA stations in Quebec, although highly unlikely)  but nothing has been confirmed. However with major viewership numbers and big bucks at stake, many are trying to see what motivation Rogers and TVA would have in airing games for free on Saturday night via OTA. So for many Canadians once this current 2013-2014 NHL season is over, they will be wondering if they will be able to watch a Stanley Cup final via their rabbit ears ever again. 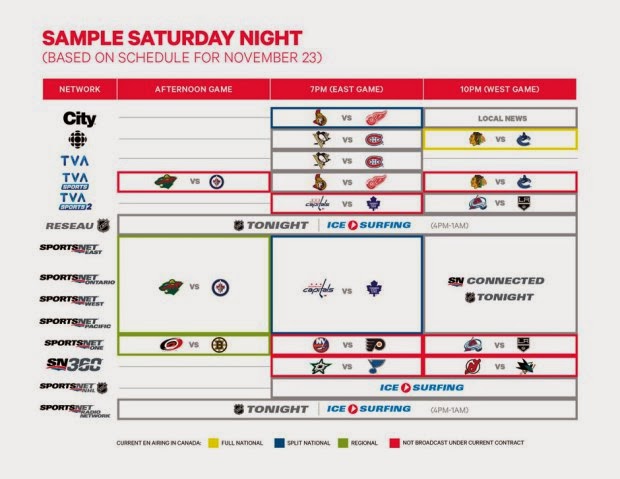 What’s to look forward to in 2014
The good news for Canadians is that as the demand for antennas increases in the great white north, the message is being heard loud and clear. Once devoid of quality antennas, Canadian big box stores have caught the winds of cordcutting change as in 2014 Antennas Direct is to be carried by Best Buy Canada and Winegard is expanding its product line with The Source. HD Frequency is actively looking at placing its products with major Canadian OTA speciality suppliers and is offering free shipping to Canada as a promotion in the meantime.


And with new antenna-ready PVRs hitting the market in the form of Tablo, Simple.TV and Channel Master’s DVR+ the options and ease of an OTA setup will only grow for Canadians.


With that being said, all of us here at the Average Joe Team would like to thank you for a great 2013 and wish you and your families a safe and happy 2014. See you all in the new year!
Posted by Joe at 12:49 PM
Labels: 2013, antenna, antennas direct, Channel Master, cordcutting, DVR, FlatWave, Free TV, HNIC, hockey night in canada, Mohu, Rogers, SportsNet, TVA Sports, Winegard
Newer Post Older Post Home