It’s not Just About Going With an Antenna Only

Your Average Joe has been giving the details of what the new digital transition can mean for the Canadian coach potato. But how can an OTA setup fit into the plans of the averahe TV viewer? Well, OTA setups can be your sole source of TV entertainment or just a free “bonus” part of your TV system setup. Here are some of the most popular scenarios your Average Joe has seen out there and would like to share with you:

Did you know that as of today as much as 16% of Canadian television watchers don’t subscribe to pay TV? That is almost 1 out of every 5 TV viewers across the country. Right now, these people are most likley laughing. Day by day up until the August 31st cutover, the analog stations they receive via the airwaves are transitioning to digital. Their television sets and existing antenna setups are pulling in 1080i signals without any (or minimal) upgrade costs.

Perhaps you moved into a house that has an old antenna installed in the attic, or maybe you have a tower in the backyard that you disconnected a long time ago. It may be time to connect it up again and see what rolls in from the airwaves - you may be surprised!


The Cord Cutters: People that cancel their pay TV and go 100% OTA

Some people just can’t justify the cost of monthly fees for television service. Sure, certain TV watchers do it out of principle – they are fed up with handing over their hard-earned money to the big cable and satellite companies, tired of the barely justified “HD fees”, the rate hikes, the blackouts, the local TV taxes and cost of receiver rentals. Others would just rather save money that they can spend elsewhere. However for many it’s not just a finance thing - they just don’t watch enough TV to justify paying for it. More and more people now spend time in front of their computers instead of the TV. There are also people that are active and never at home. Families with young children who have a million other things to do in their spare time also fall into this category.

For these types of people the best TV is the free kind. An OTA setup with the major digital channels is perfect for them.


Analog Cable Subscribers: The best of both worlds

For analog cable subscribers they can have the best of both worlds. Analog cable has as a main benefit that it is still relatively cost-effective. The channel selection is extensive and no special receivers are required. Also, cable subscribers are not affected by the digital transition. The only drawback – analog cable is low definition.

What I’ve seen is a growing number of people adding an OTA setup to complement their analog cable. These people enjoy the wide selection of channels while having the option to watch certain shows off the HD feed coming in over their antenna. 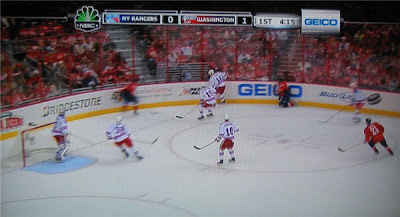 Who said you can't have both? Analog cable subscribers can keep enjoying the channel selection and low price of their current service and switch when desired to an antenna setup to, for example, watch the HD feeds of hockey games on OTA networks such as CBC or NBC.

Stuck in the Past: Does it make sense to upgrade all that equipment?

Some cable or satellite subscribers are experiencing HD envy. They got on board the subscription TV train years ago, but now those standard definition boxes just don’t cut it anymore. But how much will it cost to upgrade? Existing customers rarely have bargaining power, and by the time they’ve bought all new receivers for their TVs, upgraded those cable boxes / satellite dishes / switches and then signed their lives away for HD packages, they may find themselves with a lot less clinking in the ol’piggy bank.

For those people, a cost-effective solution is to add an OTA setup to complement their existing system and bring in those crisp pictures without upgrading their equipment and downgrading their bank accounts.


Satellite Subscribers: Add on for free and scale back on the pay stuff

Satellite subscribers are usually stuck selecting package deals, often having to pay more to have HD channels. What most don’t know is that their satellite receivers are most likely already OTA ready, but no one told them!

Yes that’s right – it may be time to flip back through that never-opened user guide and see if your box will accept an OTA coax feed as well as the satellite feed. You probably don’t even know about it but could be watching or PVRing HD shows from your antenna right there with your satellite programs, all with the same guide and remote. And if these channels duplicate the channels you’re paying extra for, why not cut back and save some money at the same time?

Still not sure if your receiver can support DTV? Simply call your satellite subscriber’s technical support, provide your receiver model number and see how you can activate the OTA feature. 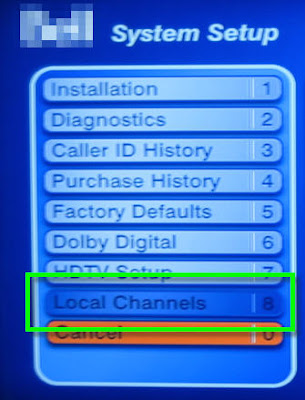 It was there all along?? This PVR satellite box from the “Blue” satellite company has an extra coax connector and an option in the menu to access local channels from an OTA antenna setup, it was just never activated. Once setup, the OTA channels appear in the program guide and can be treated in the same way as the programming coming from the satellite feed.

Welcome to the 21st Century – Internet and free OTA

A growing number of people are longer watching their TV through the… um… TV. More and more Canadians watch their movies via a PS3 and Netflix, others stream TV shows directly from a laptop to their screen. DVD collections have been transferred to terabyte sized hard drives. More and more viewers are downloading their shows from online retailers so they can watch without interruption and pesky commercials. In the end, pay TV is starting to look less attractive, especially since an increasing number of people are finding it more cost-effective to cancel pay TV and spend the money on internet packages with faster speeds and larger bandwidth quotas.

An OTA setup is the perfect system to compliment these types of internet TV setups. A reasonable antenna can easily add the major networks in stunning HD quality, giving easy access to live TV, local news and extra content – all without the monthly fees.


Ready for a Piece of the Action?

OK, so you’re sold. Average Joe has opened your eyes, you’ve read these posts the past few months and you’re ready to jump on board. But before you do – you have one nagging question – if OTA is so great, why haven’t you heard about it?

And that is one heck of a good question.