OTA DTV is Great and Free From Monthly Bills – and Nobody Seems to Know.

So how is the news getting around about this big shift in TV broadcast land?

In the US, TV stations were required to run rolling banners at the bottom of their programming and having frequent public service announcements as the transition date came near. The US federal government stepped up its publicity as well and made sure people with low incomes got subsidized converter boxes if they could not upgrade their analog-only TVs. On the media waves, the transition were being discussed by politicians and local broadcasters, even Conan and Letterman were getting into the act. There was criticism and discussion on why the taxpayers should pay for converter boxes for obsolete TVs and if the date should be pushed given the economic conditions at the time. Needless to say, there was a lot of “transition talk” going on. 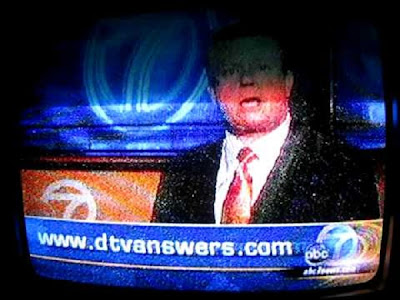 You can't miss that! US analog TV broadcasters ran public service announcements and had banners rolling at the bottom of the screen to notify viewers of where their fuzzy picture was heading.

Here in Canada, we are almost a month away from the digital conversion date. Besides the fact that the major broadcast networks are required to run public service announcements (PSAs), there has been little publicity. There is no talk of subsidized converter boxes. Media coverage has been sketchy at best ... the headlines and news programs have been relatively quiet except for some blurbs from local channels showcasing their new digital transmitters and announcing downtime of the analog transmitters for testing and transition work.

Everywhere I’ve looked, there seems to be confusion or just ignorance on the transition. A neighbor at the cottage asked me about satellite service in our area because she thought broadcast TV was ending altogether in Canada on the 31st. Another family member laughed when I mentioned that they could have 1080i from a rooftop antenna. An elderly lady I know bought a new antenna when her US channels suddenly went dark last year ... for her analog TV. When that new antenna didn’t work either she gave up and subscribed to cable. Nobody at the store who sold her the antenna was aware that the digital switchover.

When almost 1 in 5 Canadians still watch their TV for free over-the-air, shouldn’t there be more fanfare and information circulating? 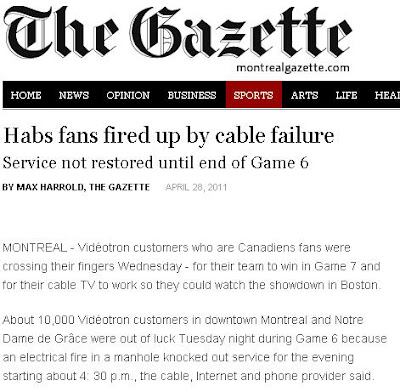 Ignorance isn't bliss - when the cable went out during a critical playoff hockey game, frustrated subscribers had no idea that the local CBC station was broadcasting the game at full blast from its new digital transmitter ... for free in 1080i . Most of the affected viewers could have watched it by using a coat hanger as an antenna.

What’s interesting is the way the digital transition is being presented. Instead of announcing the crystal-clear signals, the new programming selections (sub-channels) and enhanced sound and image quality that will be available with this new format, the focus appears to be on the hardware conversion basics. No one, and I mean no one, is (or want to be) presenting this transition as an improvement in how OTA TV viewers watch their TVs.

Why? Well the fact is that with the exception of the CBC, cable and satellite companies (or their parents) own many of the local broadcast stations. For them, the real cash is in the subscriber fees. While I will not go as far as accusing them of misleading the public, it is obvious there is no business case in promoting the benefits of OTA DTV. If you were them, why would you? 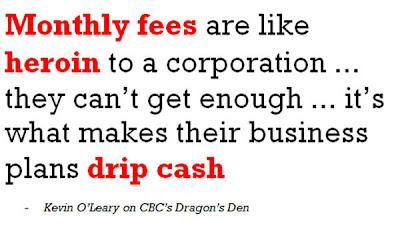 In fact, many of these companies are doing the exact opposite – using the digital transition to drum up business by scooping up the last remaining segment of viewers not signed up to a pay TV service. Don’t want to figure out if your antenna and TV are OK for DTV? No problem, subscribe to cable. Not sure if your TV has an ATSC tuner? Just sign up for satellite service and we’ll take care of the rest.

It's not a matter of conspiracy. The truth is the big satellite and cable companies are scared. If the US is any indication, free OTA DTV and streaming internet TV are here to rock their world. They don't want to lose those juicy HD and digital fees they sprinkle all over our bills like chocolate shavings on a cheesecake, and look forward too month after month. 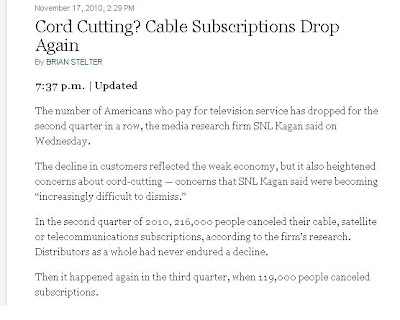 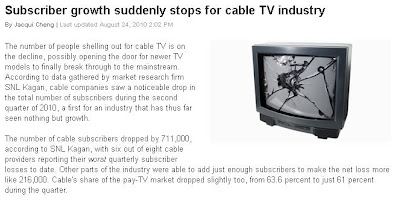 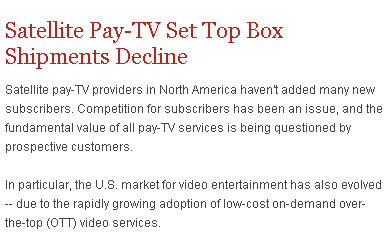 Canadian media giants are looking to the south and getting nervous. If the US model can serve as an example, OTA DTV is enough to put a serious dent in their revenue plans because yes, it's that awesome.