But who exactly are they really serving?

Despite the unfortunate media apathy around the digital transition, chances are you’ve at least started to see spots on the major networks about the upcoming analog Armageddon. These so-called public service announcements are to inform OTA TV viewers of the pening changes.

In all honesty, I like public service announcements. They let you know what’s happening, for what reason and what to do if it affects you. For example, a recent PSA in the local newspaper described some changes by the city water works in my area. In the humble opinion of your Average Joe here, it had all the key elements essential to a clear and concise public service announcement. It stated that our water main was being replaced on a certain date (notification) in order to improve water pressure in our area and replace the aging pipes (reason), thus reducing the risk of a break and to update to the latest materials (benefit). It told us to expect no water service for a period of time (information) and to run the taps once the water was back on (action).

That, my friends, is the form that I would normally expect from a PSA: tell people what’s happening, when it's happening, why it’s happening, how it affects them, and last but not least what they need to know and do about it.

When I finally saw the PSA’s from the three largest national networks concerning the DTV transition, I was disappointed with what I found.

While all three networks notified viewers of the change, there was no talk of the reason for the change and the benefits from it. Without reasons or benefits, changes are sometimes perceived as a burden. Someone who has no idea why the digital transition is being done could easily be confused, even think that they are being suckered into paying for a converter box to compensate for something the broadcaster is doing or the government is imposing on them.

Why not give the reason and the benefits? People can keep their analog TVs and benefit from the more robust signal and new on-screen program info. Owners of HDTVs can look forward to this as well and the availability of HD programming and new functionalities with modern day devices such as TiVos and DVRs.

Second, I was appalled to see the blatant advertising going on – suggesting subscription to a satellite or cable service as a way to prepare for the digital transition. True, technically this is an option as the DTV transition is transparent to pay subscribers, but this is like bringing your car into the garage to have the radio antenna fixed and the guy suggests signing up to satellite radio instead. It's an obvious attempt to upsell, not to help you with the issue at hand. The CTV and Global PSAs go one step further by actually advertising the pay TV services provided by their parent companies on both the TV spot, the 1-8XX number and the website. All this in a so-called public service announcement? Not impressed at all.

Call the toll free numbers or visit the website and the advertising for pay TV services is always there.

Kudos though on CBC for at least specifying that a converter box is easy to install and affordable. Of course, CTV referred their viewers to their parent company’s retail chain to buy the converter box.

Have a look at the following TV spots (barely considered as PSAs in my opinion) from the three major networks. Can you spot the blatant advertising and lack of info? 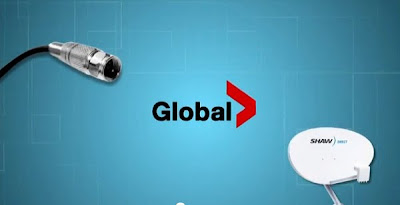 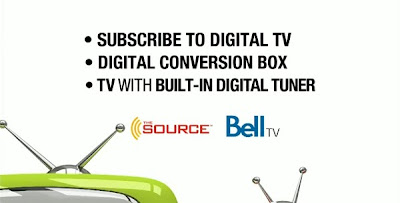 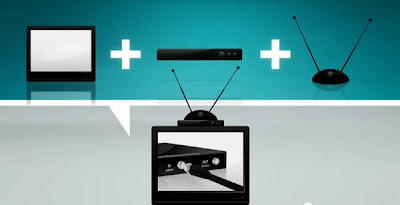 So remember that example of the PSA I gave about the water works at the beginning of this post? Well, this is like a PSA that tells you they are digging everything up to change the water pipe, but hey, why are you drinking tap water? If you drank bottled water you wouldn’t be affected and by the way Perrier is on sale at Loblaws. Oh yeah and you may want to run the taps or something if you really want to go back to drinking tap water when we’re done.


Well then Average Joe, if you’re so smart, why don’t you make a PSA that’s better than the network ones?

After fuming over the lack of info and the almost deliberate hood-winking of consumers from these PSAs, I decided to make my own! Here is a sample PSA put together by myself in the span of about 30 minutes with my crude computer and graphic skills. The entire PSA would run for less than a minute, which seems reasonable considering the analog transition is about a month away. Here are the screen captures with the captions just below.

If you receive your TV programming “over the air” via an exterior or rabbit ear antenna, this message applies to you. 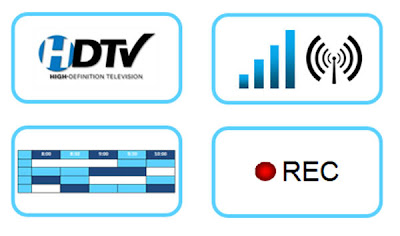 This change is necessary in order for you to enjoy the full potential of modern-day HDTV technology via your antenna TV, including 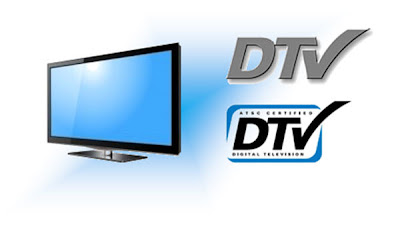 To ensure you are ready to receive the new DTV signal, check your current TV for a digital tuner. If you have purchased a new TV in Canada within the past 3 years your TV will most likely already be DTV compatible. To check your equipment for compatibility, look for the DTV logo on your TV or on documentation provided with your TV.

If your TV is not DTV capable, you will need to install a digital-to-analog converter box by September 1st. These boxes are easy to install and can be purchased inexpensively from most local electronics or hardware stores.

On September 1st, be prepared for the new and bright future of over-the-air digital television! If you subscribe to pay TV services such as cable, satellite, or TV-over-internet, you will not be affected by these changes.

OK, so it’s clear we can’t rely on the big networks to help us navigate through the digital transition. But surely the retail market is willing to help us out, right? YOUR Average Joe is going undercover on the next installment of Revenge of the Rabbit Ears so be sure to check back soon and see what we find!
Posted by Joe at 2:45 PM
Labels: Bell, cable, CBC, CTV, DTV, FTA, Global, HDTV, OTA, PSA, public service announcement, satellite, Shaw, TV
Newer Post Older Post Home